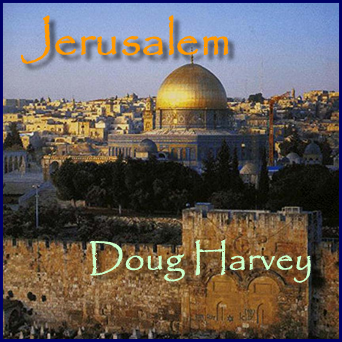 Chorus
Oh Jerusalem, city of the Holy Son
They’re running in the streets from the sound of the bombs and guns
Oh Jerusalem, what have they done?
It’s never gonna stop ‘til we’re blown to Kingdom come

Two separate worlds, one Arab, one Jew
The leaders will never agree on what to do
Everybody’s got a cross to bear
It’s never ever gonna be fair
You just can’t take the take the baby and cut it in two

You gotta do something, you just can’t let it go
You can’t stand the pain and the maddening loss of control
Sometimes you just gotta fight
Do anything to make it right
When you know you just can’t live with the status quo

Who, who is Q?
Who, who, who is Q?
Is Q the genius behind the Kung Flu?
Or a trick or treater who likes to shout “Boo”?